The price change is just around the corner. Register before December, 14th, 11:59PM to benefit from advantageous prices! Register now

More than 14,000 participants to take part in the 16th edition of the Generali Genève Marathon 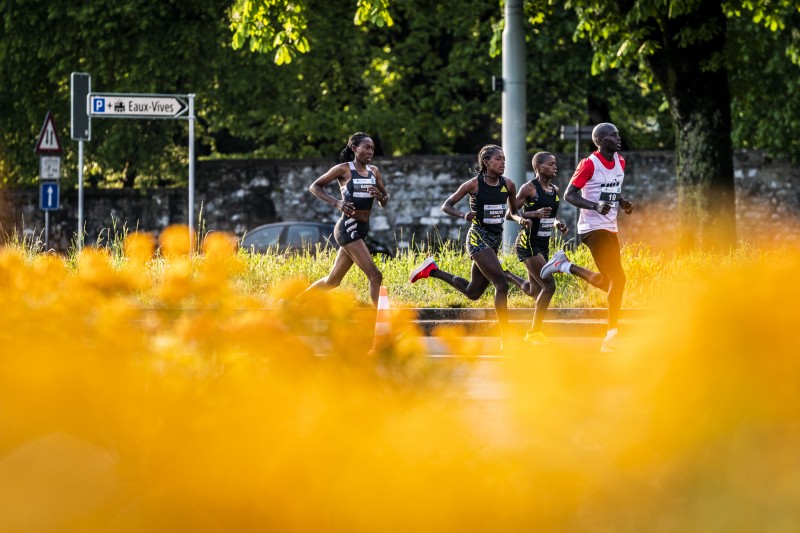 More than 14,000 participants to take part in the 16th edition of the Generali Genève Marathon

For many years, the Generali Genève Marathon organising committee has been offering a festive and friendly weekend of running. From the passionate amateur to the elite, from the young to the old, with or without disabilities, there is something for everyone in the eight race formats on offer (from 1 to 42.195 km, alone or in a team).

This year, Generali has become a Title Partner and its Swiss foundation, The Human Safety Net Switzerland (THSN), a Charity Partner. These two new partnerships breathe new life into the event, which has returned to its original red colour, and features the addition of a new slogan, #RunForRefugees in support of refugees.

The 6km “La Genevoise #LikeAGirl by Always” race, previously intended only for women, has become the “5km by Always”, and will now be open to men as well. This race is relocated to the lakefront, in front of the jet d’eau, on an ultra-fast course conducive to personal bests.

In another evolution, the start in Chêne-Bourg has been slightly moved and will now be just in front of the new train station. This direct access from many stations to the Lake Geneva area encourages participants to use public transport.

The organisers are more concerned than ever about the carbon footprint generated by the event. This is why a carbon footprint assessment will be carried out. Numerous concrete actions have already been put in place for several years, such as the TPG transport ticket offered to each participant, the Geneva water distributed at the refreshment stands without any PET bottles, and the management of waste.

To remain true to its DNA, the event will proudly welcome some thirty able-bodied and disabled professional athletes who will come to try to beat their own record or even the event’s record.

Among the 11 participants who will be at the start of the half-wheelchair race, are 5 world-class athletes including the famous Swiss Paralympic athlete, Marcel Hug. In 2021, he won all the races in which he participated at the Tokyo Games bringing home 4 gold medals in the 800m, 1500m, 5000m and the marathon distance. He also set a new world record in the 1500m. He will be joined by the 2021 European champion in 800m and 1500m Patricia Eachus and his predecessor in 2018, Alexandra Helbling in 400m.

Numerous running stars will be challenging each other in the Half Marathon to break the event record. The team of refugees from the event’s charity partner, The Human Safety Net Switzerland (THSN), will be in the field, including Tadesse Abraham, Dominic Lobalu and Kidane Solomon. Kidane Solomon won the 10km race at the Lausanne 20km last week in 30’03. Dominic has already won numerous titles. He holds the 10km record of the event in 29’14 and finished third at the Balexert 20km in Geneva in 2021 (1h00’34). As for Tadesse, he will have to defend his record setting pace on this distance of 1h03’55, which he set in 2013.

Among the women, Kenyan Cynthia Kosgei is on superb form following her win in the 20km of Lausanne last week in 1h09’06. She can expect tough competition fro one of the best marathoners in the world, Helen Bekele Tola, who holds the record for the queen event of the Balexert 20km of Geneva (1h07’05 in 2021).

On the Marathon distance, about fifteen prestigious athletes will try to win and even break the event record. Among them, Emanuel Gisamoda will be running his first marathon. The formidable Tanzanian has already proved himself in Geneva last autumn during the Balexert 20km of Geneva by dethroning the Genevan Tadesse Abraham in 59’09.

Other champions of the distance will be at his side like the Ethiopian Betesfa Getahun whose personal best is 2h05’28. He will be joined by another Ethiopian, Birhan Nebebew, who has a record of 2h06’. In addition, Kenyan Bernard Koech, nicknamed “CHEBASA”, trained by Julien Wanders in Iten, could be a formidable opponent as he recently finished 4th in the 20km of Lausanne.

On the European side, the winner of the Finnish national championship on the marathon distance in 2021, Aki Nummela, will be present with the objective to obtain his qualification for the European championships in Münich.

Among the women, the favourites will be Kenyan Meseret Dinke (1st in the La Rochelle Marathon in 2019 - 2h29’51) and Ethiopians Chaltu Negesse (4th in the Marrakech Marathon in 2020 - 2h28’23) and Marion Kibor (9th in the Valencia Marathon in 2021 - 2h25’12). The eldest of the field, the 47-year-old Australian Astrid Roberts will try to finish under 2h50 in order to qualify for the Abbott World Marathon Majors Wanda 2023 age group championship.

It was a weekend exactly as we like and that we have sorely missed that just came to a close at the Generali Genève Marathon.